“Blessed Are the Meek, For They Will Inherit the Earth” Matthew 5.5 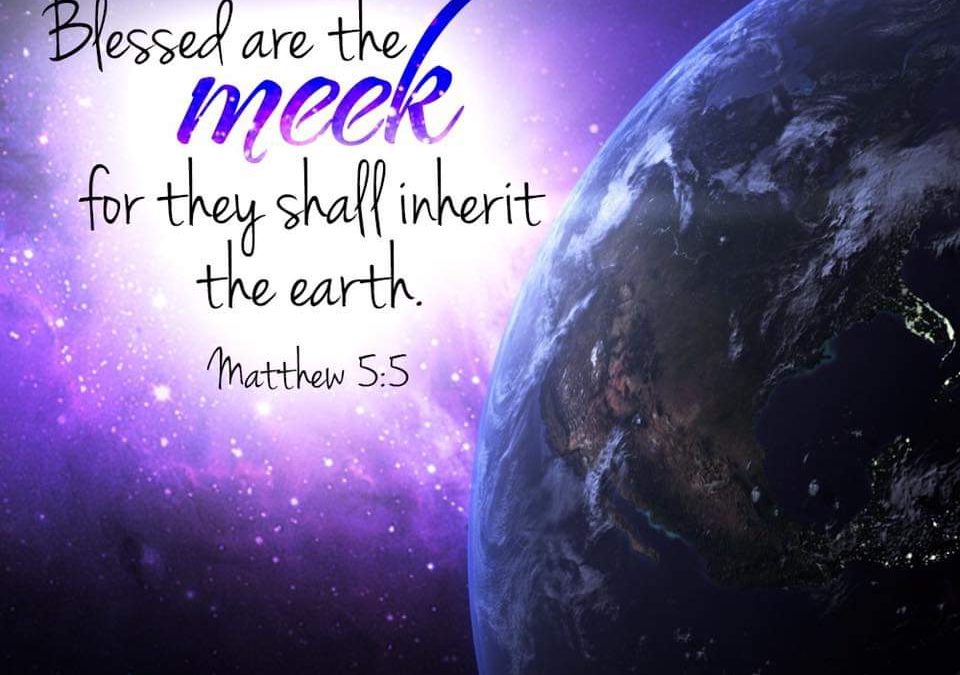 First off, let me just say that “meek” is a terrible translation; it does not accurately convey Jesus’ intended meaning. Having said that, there doesn’t seem to be any one word in modern English that does. So the translators agreed to use meek.

Meek here does not mean what most people believe it does. It does not refer to a person who is shy, quiet, hiding from the world, afraid of their own shadow, Caspar Milquetoast. If such people ever did inherit the earth, they wouldn’t know what to do with it.

Aristotle defined virtue as the midpoint between two evils. For example, financial prudence would be the midpoint between spending money like a drunken sailor and being too cheap to buy soap. Here meek refers to anger and assertiveness. So, on one hand someone becomes furious over the least little thing; they respond to every minor irritation with rage. On the other hand is the person who never objects to a single thing. Nothing stirs them, no matter how awful it is.

So meek refers to those who have their anger and emotions under control. And this is more than their own self-control, they respond according to God’s will.

Those who are meek in this sense recognize their limitations, but speak and act strongly and boldly, with deep conviction. They make a difference, they get things done. This is a worthy goal.

Jesus has been described as “Gentle Jesus, meek and mild,” but he was bold and brave. He spoke truth to every power: Rome and Pilate, Herod, and the powers that be in the temple. Their only answer to his challenge was deadly power.

Today there are Christians throughout the entire world.