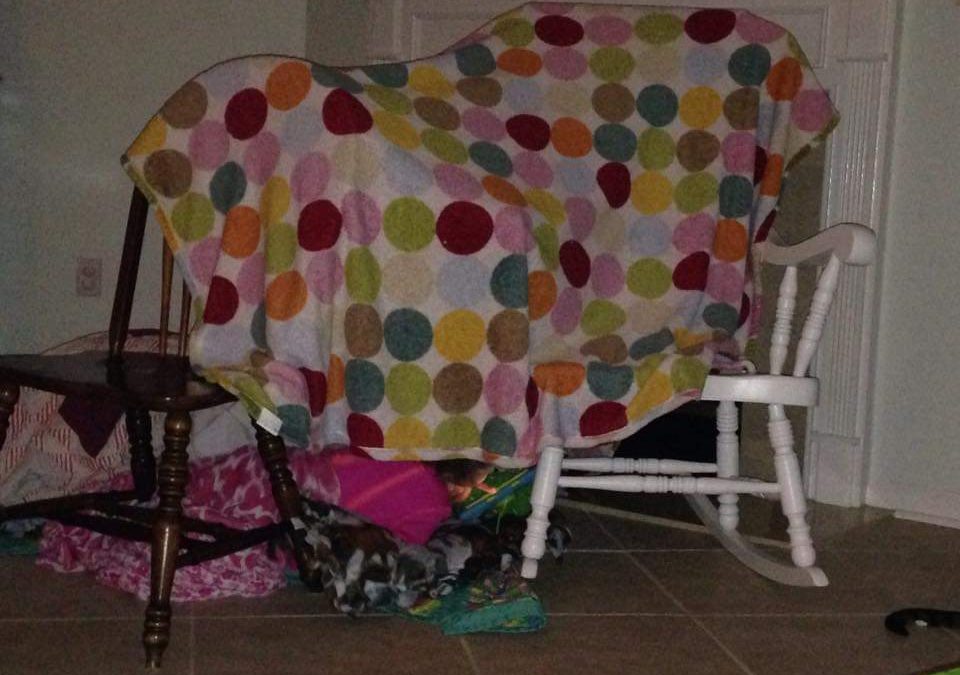 Once upon a time two parents were going to leave their 4 year old son in the care his 14 year old brother for the afternoon. They had never done this before, but decided it would be ok. As she was leaving the mother told the 14 year old, “He’s not used to us being out; keep him busy so he won’t get upset.”

The older brother did just that. They built an entire city. The couch cushions made a fort. A blanket made a tent. They used every block they could find to build a castle. They even built a tower out of encyclopedias. Right before the parents were due home the older brother let his brother wreck everything. Blocks all over the place, cushions too. The little kid used the blanket to hear down the encyclopedia tower. The place was an absolute mess! Total shambles!

The older brother considered that the afternoon had been a success, but looking around, he recognized that it would be a very, very good idea to tidy up. So he asked the younger boy to help clean up. The little boy glared at his brother and said, “YOU ARE NOT THE BOSS OF ME!!!”

So much for gratitude.

What are you grateful for? How might practicing gratitude deepen your faith journey?