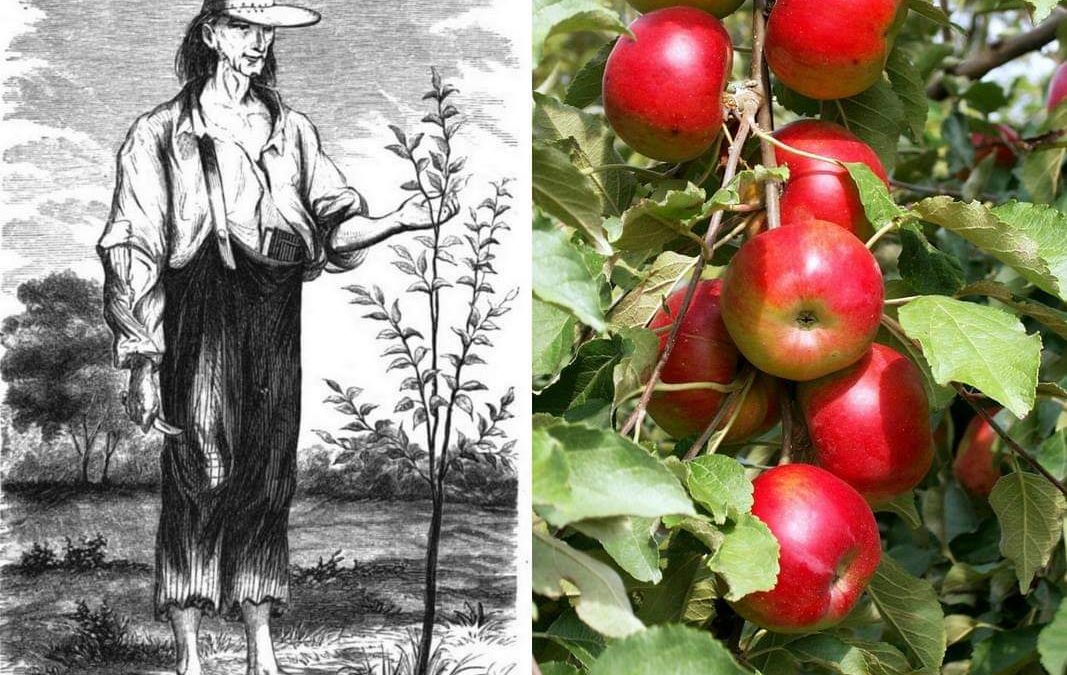 John Chapman was born on a farm in Leominster, Massachusetts. Early on, his father apprenticed him to an orchardist where young Johnny learned that trade. Like so many young men in those days Johnny headed west. As he did he carried a Bible and a sack of apple seeds. He did not establish orchards, he started numerous nurseries and sold the small trees for settlers to plant on their new farms. He planted apple trees in Pennsylvania, Ohio, Indiana, and Illinois. He died in Fort Wayne, Indiana.

Johnny mostly lived outdoors, occasionally staying at someone’s house for a night or two if the weather was bad. He was said to be unfailingly gentle and kind. He was never known to harm anyone by word or by deed.

To this day his example inspires people. Everyone can be kind. Everyone can think of others and try to make the world a better place.

Johnny fully intended to plant trees. But what of people today who carelessly mix and mingle? They might not mean to spread Covid, but undoubtedly some of them are. Remember, one does not need to be sick to spread this virus. Many people have few if any symptoms. They might be as healthy as ever, but they could spread it to someone who could catch the full-blown disease. That could be fatal for those at risk due to co-morbidities.

These careless people are the exact opposite of Johnny Appleseed. He spent his life planting trees and bringing goodness all along his path. These selfish, heedless people risk bringing sickness and death all along their paths.

This pandemic will not last forever. As always, it is good when people consider how they affect others. Let each person do what they can to make this world a better place.