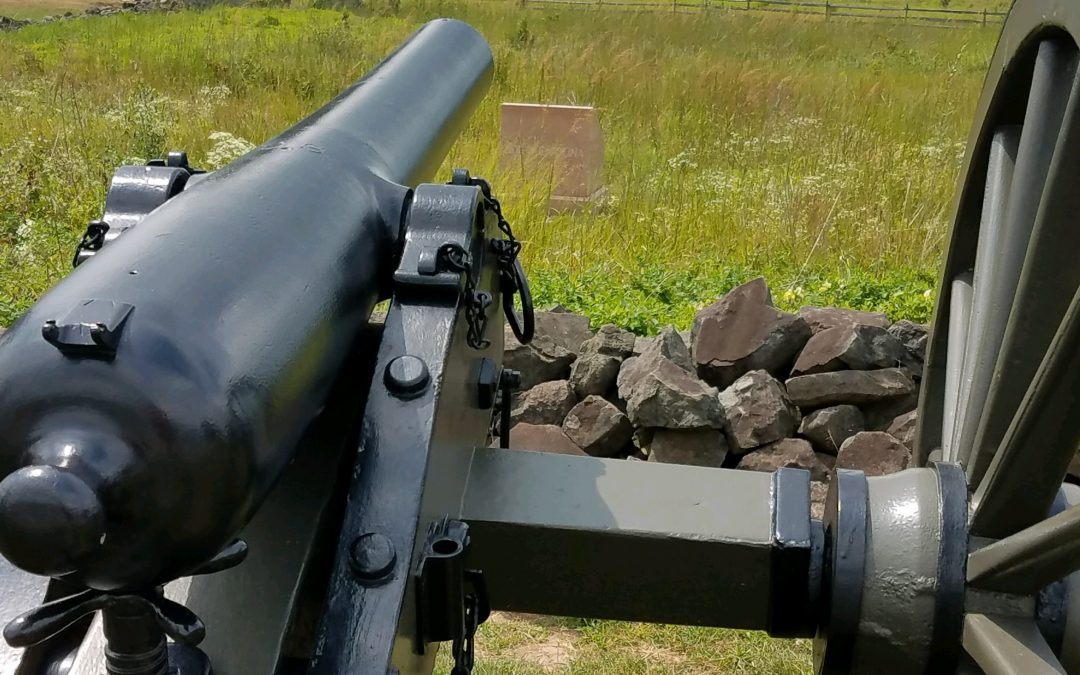 “On Thursday the National Archives located the original handwritten “Juneteenth” military order informing 250,000 people held in bondage in Texas that they were free.” (Boston.com)

“The people of Texas are informed that, in accordance with a proclamation from the Executive of the United States, all slaves are free. This involves an absolute equality of personal rights and rights of property between former masters and slaves and the connection heretofore existing between them becomes that between employer and hired labor.”
Signed Major General Gordon Granger, June 19, 1865.

The picture above was taken a few years ago at Gettysburg. The cannon fired over the heads of the 14th Connecticut Infantry during Pickett’s Charge. The small marker in the field marks the closest the 26th North Carolina got. The Civil War cost 750,000 lives. Those wounded in body and mind accounted for many times more than that.

Many Union soldiers signed up to “Preserve the Union”. When the Emancipation Proclamation became effective January 1, 1863, many of them were less than enthusiastic about fighting to free the slaves; many didn’t much care. It should be noted that slavery only ended when the confederacy was defeated.

How we wish the end of slavery had brought true equality and freedom. Sadly this is not the case. Within living memory Jim Crow laws and segregation persisted. Even today equal treatment is not assured.

As an example of something that is minor, consider this: a white person pulled over for a traffic violation fears getting a ticket and having their insurance increase. In a similar situation many African Americans wish that the cost of a ticket and insurance were their only worry.