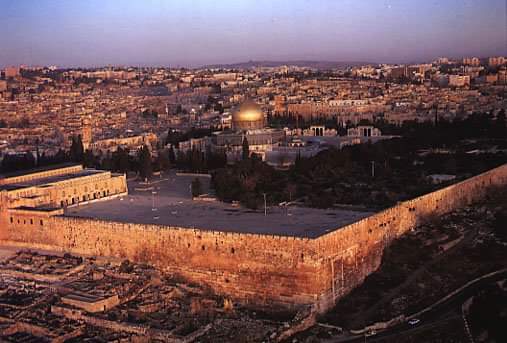 Jeremiah was in a tough spot. For decades he had warned the people that if they didn’t treat the poor with dignity and honor treaties with surrounding nations, the country would be destroyed by Babylon. People got sick of hearing this and put him in prison. The people didn’t want to believe him, so they didn’t. Then one fine day Jeremiah predicted that his cousin was going to come and sell him some land to keep it in the family. Meanwhile the Babylonian army was building ramps to storm Jerusalem.

Then in came the cousin with the deed to the land. Jeremiah bought the land and had the deeds sealed in clay jars that would last a long time, saying that one day land, and houses, and farms would be bought and sold and enjoyed. A short while later the siege was successful; Jerusalem was destroyed. Most of the people were exiled to Babylon for two generations. As Jeremiah foretold, the people were allowed to return to Jerusalem. Normal life resumed.

Jeremiah had confidence that God’s promises would come true.

A little background: In around 210BC Hannibal, general of Carthage (modern Tunisia) invaded Italy and camped outside of Rome. Roman historian Livy wrote,
“The land on which Hannibal’s army was encamped sold for the same price as if he were not occupying it.” This too is confidence.

We are a brave people. Our faith is strong, our God is both loving as well as powerful. How might we demonstrate confidence in the face of today’s challenge?

Perhaps we could look after one another by keeping in touch and offering practical and social support.

Perhaps we could live so that we are healthy and as happy as we can possibly be.