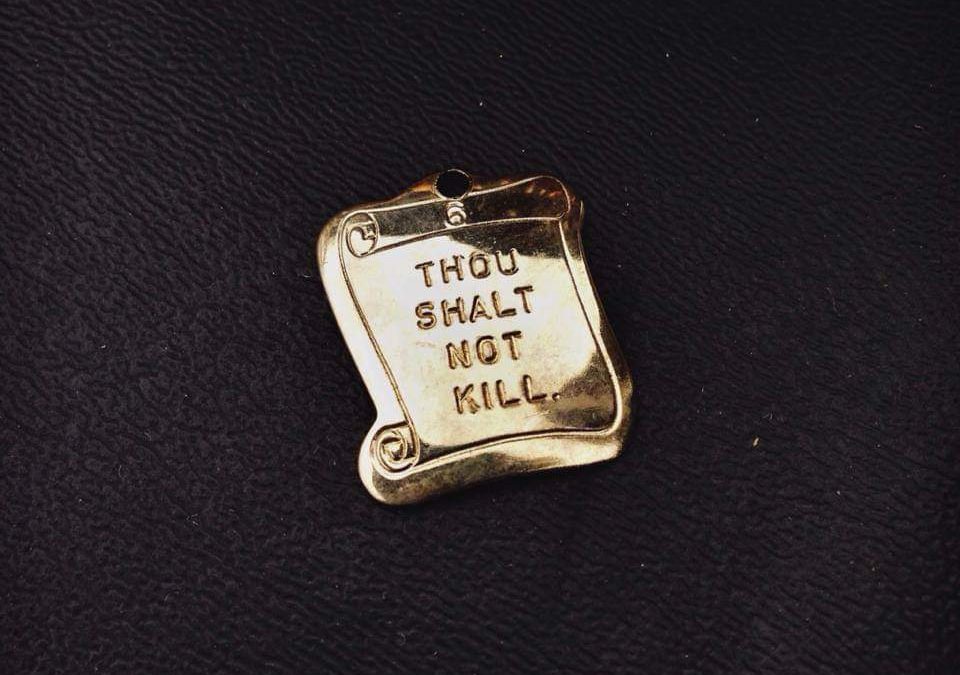 Earlier translations read, “Thou shalt not kill.” This was not an accurate translation because ancient Israel was involved in many wars. They had capital punishment. Clearly the intention here is against committing murder, killing a fellow citizen.

I am not qualified to discuss modern legal distinctions between murder and manslaughter, between manslaughter and depraved indifference. I recognize that watching reruns of “Law and Order” does not provide one with a legal education.

So… allow me to discuss Just War Theory, a traditional Christian principle which seeks to guide states on when and how to conduct war. Just War Theory tries to reconcile three things:

1. Taking human life is seriously wrong.
2. States have a duty to defend their citizens and defend justice.
3. Protecting innocent life and defending important moral values sometimes requires willingness to use force and violence.

There are two categories. 1. Conditions in which force is justified. (Jus ad Bellum)
2. How to conduct war in an ethical manner (Jus in Bello)

1. Jus ad Bellum (Justifiable use of force)
 Authority: only a country that values justice can be justified in going to war. This rules out dictatorships, rogue states, or guerilla bands.
 There must exist a Just Cause: to right a wrong, or to resist a hostile invasion.
 Just intention: to right the wrong, but not to destroy everyone and everything or to wrongfully seize resources.
 There must exist the probability of success.
 Violence must be the last resort.

2. Jus in Bello (Ethical use of force)
 Proportional. The use of force must be measured against that needed to correct the wrong.
 Distinction: Between combatants and non-combatants.
 Responsibility: A country is not responsible for unexpected side effects of military action if the following three conditions are met.
1. The action was intended to produce good consequences
2. The bad effects were not intended.
3. The good of the war outweighs the damage done by it.

This might be more info about the Just War Theory than some may have wanted, but the theory provides a valuable method for evaluating very serious matters.