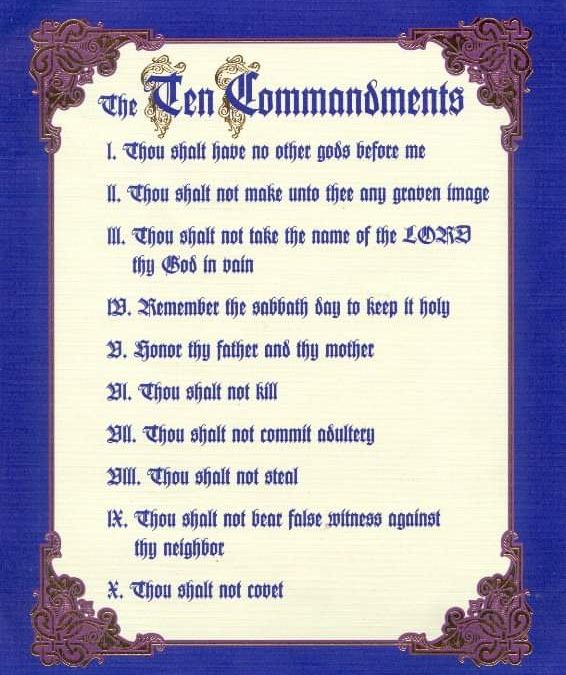 “I am the Lord your God, who brought you out of the land of Egypt,
out of the house of slavery;
you shall have no other gods before me.”
Exodus 20.1-2

When Israel received this commandment at the foot of Mount Sinai, they had recently been freed from slavery. After God sent ten plagues upon Egypt Pharaoh finally relented and told the people of Israel that they were free to leave. They set out on their journey, led by a cloud by day and a pillar of fire by night. But before long Pharaoh changed his mind and sent the army to return them to captivity. The army caught up with them as they reached the Red Sea. All appeared to be lost.

Then Moses held his staff aloft; the waters parted and the children of Israel crossed safely. When the Egyptian army followed, the waters rushed back, drowning an entire army. Many miracles followed. Bitter, undrinkable water was made sweet. The people were fed on manna, a naturally occurring substance that is never found in sufficient amounts to feed thousands of people. Quails descended upon their camp, providing plenty of food for all.

The greatest miracle of all was the gift of God’s law, the Ten Commandments. Moses spent 40 days on the summit of Mt Sinai and came down with the laws written on stone tablets.

Only Israel worshipped one God, the God of Abraham, Isaac, and Jacob.

Christians today may feel that this commandment is no longer relevant; no one today pays much attention to the old gods and goddesses. True enough. But in the context of a monotheistic faith, having no other gods before God means that we give our highest loyalty to God. Nothing is more important to us than God. Not desires, not wealth, not power, not possessions, not prestige and fame.